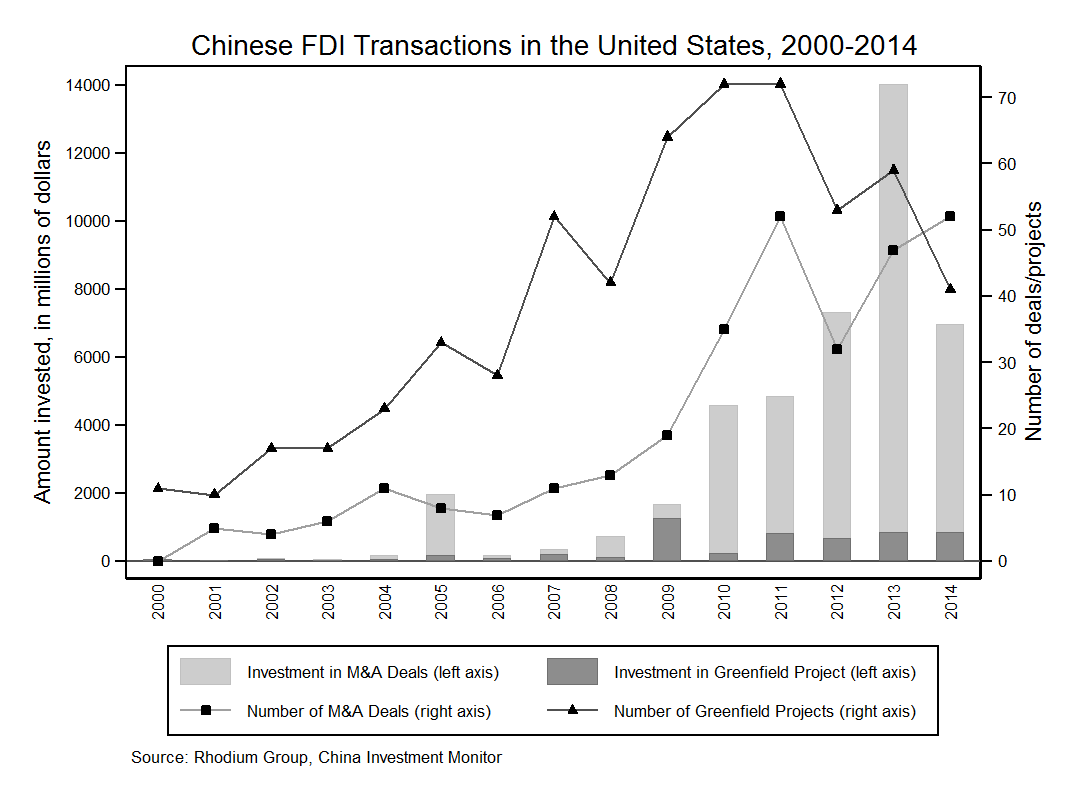 When do attempts by Chinese firms to acquire American companies generate political backlash in the United States? In a paper that was just published, The Political Economy of Inward FDI: Opposition to Chinese Mergers & Acquisitions, I explored this topic with Dustin Tingley, Chris Xu, and Helen Milner.

As the above figure from our paper shows, investments from China in the United States have increased dramatically in the last 15 years. During that time, Chinese firms have attempted or completed Mergers & Acquisitions with over 500 American companies. These M&As have even included Chinese firms taking over large publicly recognized American companies like IBM’s Thinkpad division and Smithfield Foods. Although some of these transactions have gone largely unnoticed, others have generated considerable backlash from both the public and government officials.