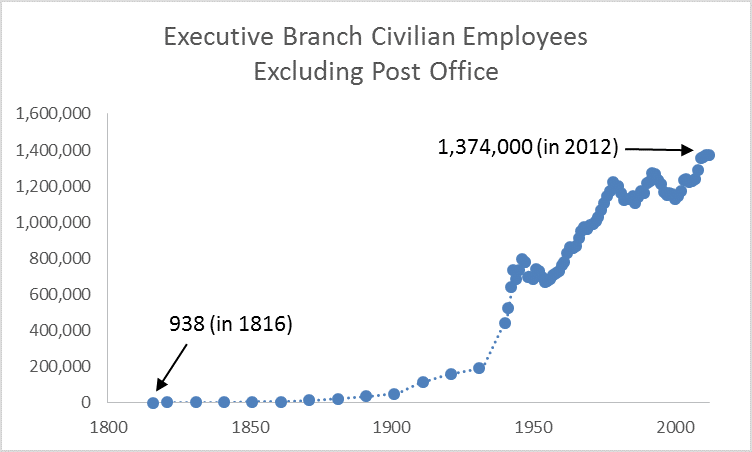 Noel Canning is the cleanest test for originalism you could ask for. The class (or most of it) seemed to agree that the most natural interpretation of the recess appointments clause, in founding-era context, is that the president can fill an office only if the vacancy opens up during a recess, and probably an intersession recess. I would qualify this point in the following way. In the years after ratification, government officials who sought to make sense of this clause thought of it in this way; at the time of ratification, there is little evidence that anyone gave it much thought. In any event, it seems likely that the Supreme Court will rule for Noel Canning.

If so, that’s a shame. For my reasons, see the graph above.