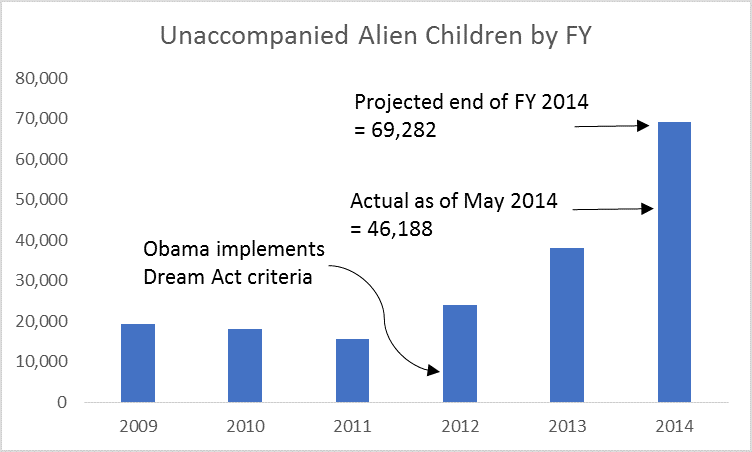 The New York Times reports an upsurge in the number of unaccompanied minors who are entering the United States illegally across the southwest border. I found the data here, and produced the graph above. The data are through May, and so for 2014 I indicate the actual number as well as an estimate through the end of the fiscal year.

What is the source of this wave of illegal migration? The obvious explanation, documented anecdotally in the Times article, is that people living in (mainly) Central America believe that the U.S. government will not deport minors, based on President Obama’s implementation of the Dream Act criteria and other immigration policies.

The administration blames rising crime rates in central America. But while Honduras remains a very dangerous place, homicide rates peaked in El Salvador and Guatemala years ago, and have been declining over the period in which the migration of unaccompanied minors to the United States rose.