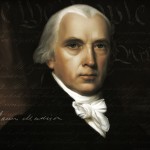 This short, good draft by Balkin (with a very high ratio of ideas to words) seeks to explain the rise of originalism. A starting point is that originalism is (virtually) uniquely an American phenomenon, and a national (not state) phenomenon. Next there is the central role of the founding as a unifying origin myth; the huge impact of the founders in our cultural memory; and the Protestant tradition with its preoccupation with sacred texts and yearning for a purifying return to the fundamentals. But why now? Jack thinks that originalism avant la lettre got started after the New Deal when Justice Hugo Black felt that he needed a justification for overcoming the New Deal quasi-tradition of judicial deference, and took off when conservatives realized that they could use it to bash Warren Court precedents plus Roe v. Wade. Maybe also it is a reaction to modernist anxieties about political foundations provoked by the radical constitutional innovations of the twentieth century.

I like this piece but my initial reaction is that Jack treats originalism as too much of an idiom–a cafeteria meal from which one may pick and choose–and doesn’t take seriously its constraining power in legal argument. While it’s true that Scalia and Thomas invoke it selectively, and the historical materials are frequently ambiguous, there is a reason it took off in the 1980s rather than the 1950s, and that is that originalism really is conservative, whereas the Supreme Court in the 1950s was liberal. The founders were conservative by today’s standards. They cared a lot about property rights, for example, and very little about discrimination against ethnic groups, sexual freedom, and so on (to say nothing of slavery). So I do not think originalism is as malleable as Jack does; it’s not like speaking Italian rather than French but exerts a right-wing gravitational pull. There is a reason (as the data show) that conservative justices are more likely to cite The Federalist than liberal justices are.