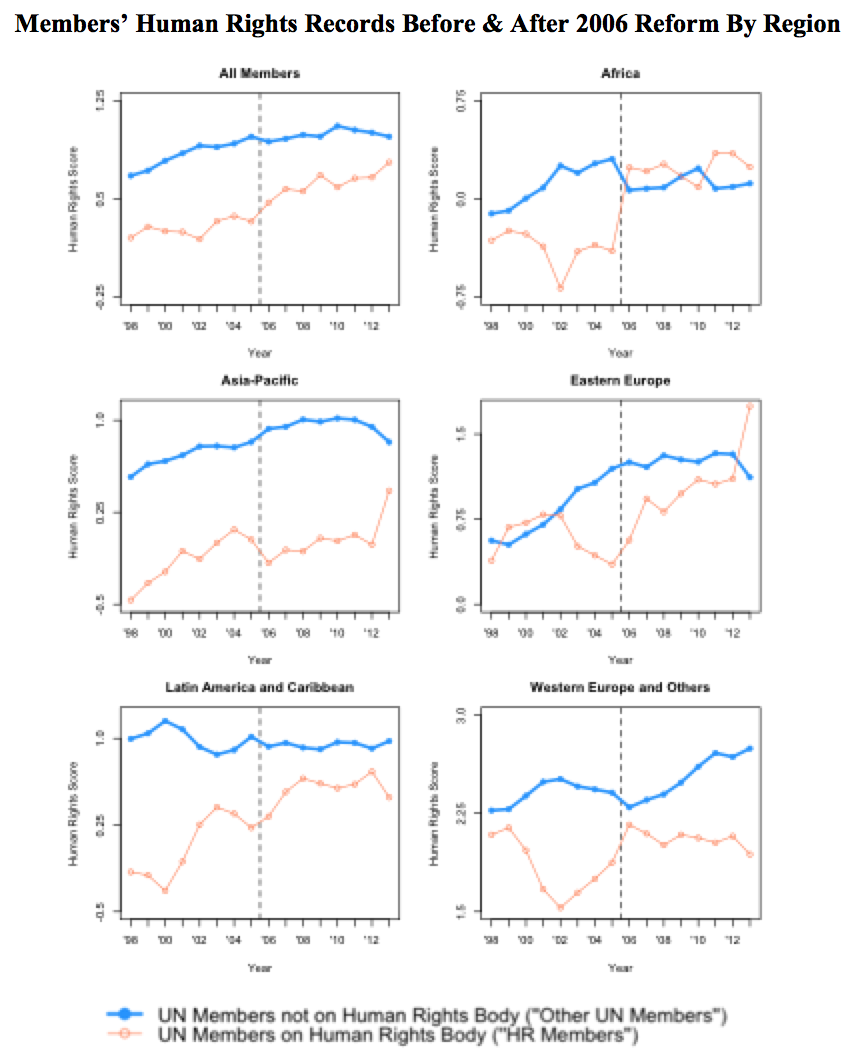 In 1946, the United Nations created an organization charged with promoting and protecting human rights around the world called the Commission on Human Rights (CHR). The CHR was frequently criticized, however, because the countries elected to serve on it were notorious human rights violators.  For instance, the Executive Director of Human Rights Watch once compared the CHR to “a jury that includes murderers and rapists, or a police force run in large part by suspected murderers and rapists who are determined to stymie investigation of their crimes.”

In 2006, the UN replaced the CHR with a new body known as the Human Rights Council (HRC) that had new membership rules and election procedures designed to solve the problems that plagued the CHR. In a new short paper, Rob Golan-Vilella—a student at the University of Chicago Law School—and I examine whether the 2006 UN reform actually produced a better “jury.”

The above figure presents our primary results. The top left panel shows that members of the human rights bodies consistently had worse records than the other UN members from 1998 to 2013 (eight years before and after the 2006 reform), but the gap did close a little after the creation of the HRC in 2006. Since the elections to the human rights bodies occur by region, the rest of the panels show the results by UN region. They reveal that in some regions the 2006 reform largely closed the gap (e.g. Africa), but in other regions the effects were much more modest (e.g. Asia-Pacific).

If you’d like to know more, our paper is up on SSRN and has published by the Harvard International Law Journal Online. (Note: Eric previously posted some of the initial graphs I made on this topic.)