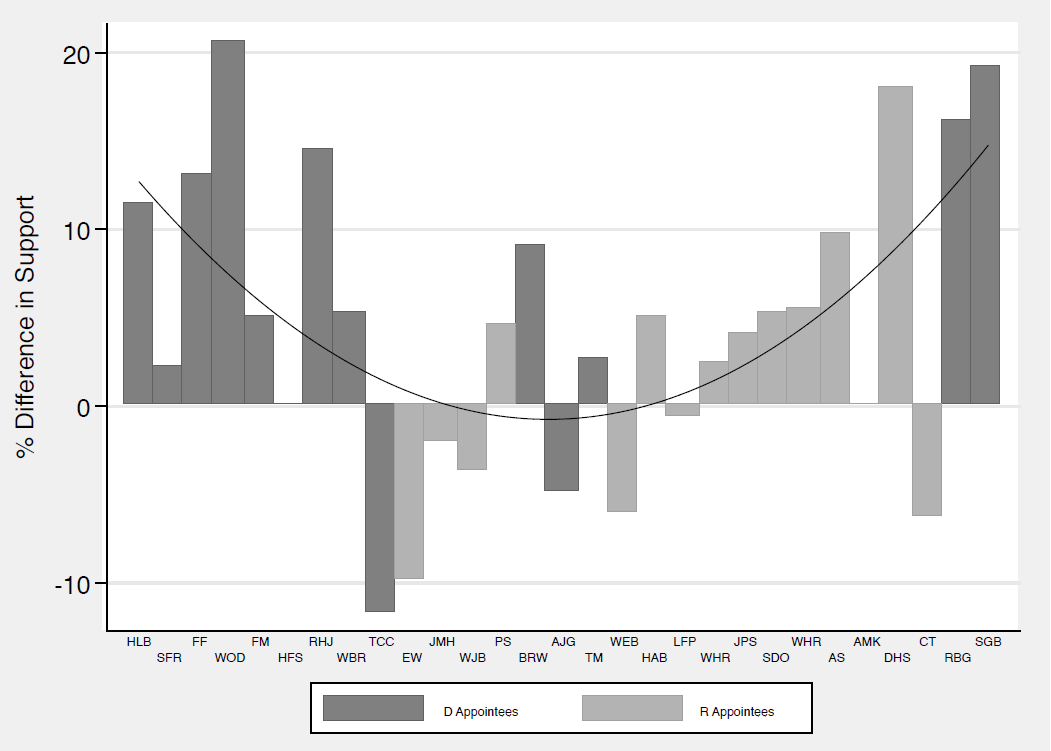 The figure above suggests an interesting U-shaped time trend as well. The x-axis shows the initials of justices in chronological order. The y-axis shows a measure of preference for the government under the appointing president over subsequent governments. Note that the figure excludes Obama and Bush appointees because they have not yet served under a same-party president subsequent to the one who appointed them.