I comment at The New Republic on allegations that President Obama is acting like a monarch. Incidentally, I thought the debate about whether George W. Bush was Hitler or merely Caesar or perhaps Napoleon was also phony, so maybe I lack credibility.

As I argue in Slate. 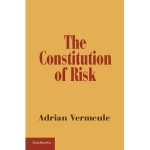 Here is my Slate piece criticizing the originalist argument for ruling that President Obama violated the recess appointments clause. A while back I criticized the “the” argument. (Slate used the genius-level headline “Indefinite Articles”). Will Baude co-authored an interesting amicus brief that makes the originalist case for affirming and further argues that if you’re not an originalist, you should defer to the Senate’s right to define what a session is, so either way the president loses.

Suppose you agree with Madison’s theory that the government should be divided into three branches so that the ambition of each counteracts the ambition of the others. Now a case like Noel Canning arises, in which the executive clashes with the legislature. You ask the Supreme Court to resolve the dispute by enforcing the original understanding of the Constitution, tradition, or whatever other relevant factor under your favorite constitutional theory. Is your prescription consistent with your diagnosis of the problem? Can a (by hypothesis) ambitious judicial branch be expected to resolve a dispute fairly between the other two branches? Wouldn’t it instead resolve the dispute in a manner that maximizes its own power? In which case, why should you bother to argue that it should do otherwise?

These questions are the topic of a new paper I wrote with Adrian Vermeule, just published in the University of Chicago Law Review.