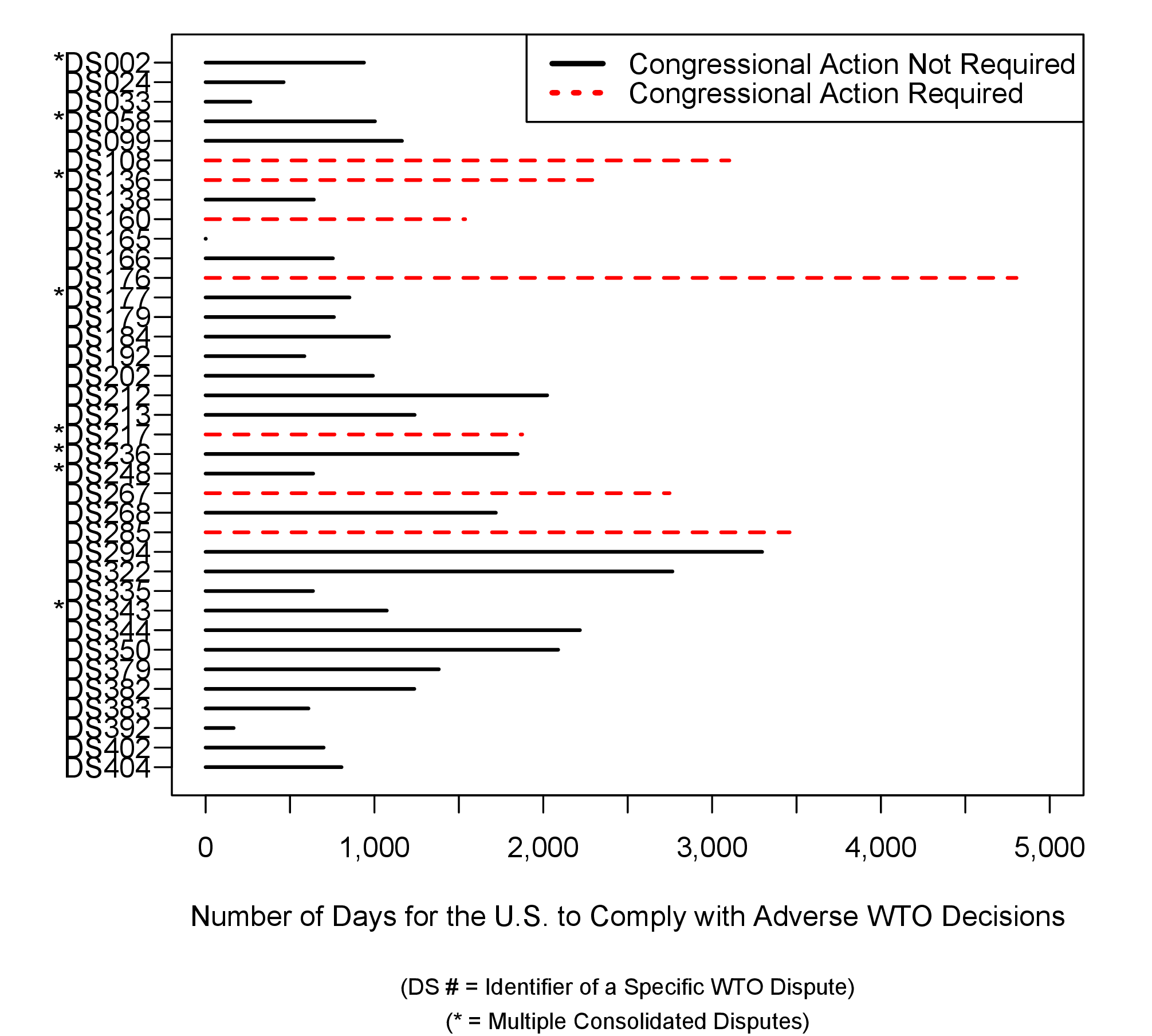 A guest post by Rachel Brewster and Adam Chilton:

In a recently published paper, Supplying Compliance: Why and When the United States Complies with WTO Rulings (available here), we argue that when the United States loses trade disputes, the particular domestic institution required to act is an important predictor of whether (and when) the U.S. will comply with the ruling. In fact, it was the most important factor.

Our paper empirically studies this topic by analyzing compliance with legal challenges brought against the United States at the World Trade Organization (WTO). The WTO allows members to bring disputes against other members that arguably aren’t complying with various trade agreements. Since the WTO was created twenty years ago, countries from around the world have brought over one hundred cases against the United States. In cases that the United States has lost, different branches of government have been required to take act to cure the violations. For example, the President responded to some complaints by issuing executive orders and Congress responded to other complaints by amending sections of the tax code.

The dataset we built for our project includes all WTO complaints made against the United States before 2012. For each complaint, we tracked down the policy changes that the United States made after the dispute. We also collected data on the characteristics of the countries that filed the complaints and the topics of the disputes. After controlling for a number of variables, we found that the United States was more likely to comply (and to comply more quickly) with a WTO decision when the executive alone could bring the country into compliance than when Congressional action was needed.

Although there are a number of confounding factors that may influence this result, as well as limits to the generalizability of our findings—both of which we discuss in the paper—we think these results suggest that having a complete understanding of compliance with international law requires paying more attention to the specific domestic institutions that are involved.