Rory Sutherland and Glen Weyl apply quadratic voting to market research, with an excursion on the voting behavior of bees (yes, they vote quadratically).  Sutherland is vice-chairman of Ogilvy, and a famous market-research guru. You can read an interview of him here (“Tweed is like sex. When it’s good, it’s really, really good. But when it’s bad, it’s still pretty good.”).

I would gladly have gay marriage legal throughout the United States.  But overall, like David Hume, I am more fearful of the intense preferences of minorities than not.  I do not wish to encourage such preferences, all things considered.  If minority groups know they have the possibility of buying up votes as a path to power, paying the quadratic price along the way, we are sending intense preference groups a message that they have a new way forward.  In the longer run I fear that will fray democracy by strengthening the hand of such groups, and boosting their recruiting and fundraising.  Was there any chance the authors would use the anti-abortion movement as their opening example?

There are two possible interpretations of this argument.

First, QV would encourage people with extreme preferences to engage in activities that are disruptive of democracy. But the opposite is more likely the case. The problem with one-person-one-vote-majority-rule is that minorities are shut out unless they can organize. This is why minority groups so often resort to civil disobedience, protest marches, strikes, and boycotts. They can vindicate their preferences in the political arena only by making life miserable for the majority. By contrast, QV allows them to vindicate their intense preferences, and in such a way that partly compensates the majority.

Maybe a more attractive version of this argument is that people with intense preferences would lose the incentive to try to persuade the majority to agree with them. Under QV, they pay them off instead. But the difference between the two systems is marginal along this dimension. The cost of buying votes becomes expensive very quickly; so if persuasion can be effective, then minorities will adopt that strategy instead or (more likely) in conjunction with voting.

Second, Cowen might believe that QV would actually change people’s preferences, causing moderate people to become extreme. There are no good theories about how preferences change, so it is hard to evaluate this claim. Perhaps his idea is that under ordinary voting systems people with extreme preferences who are always outvoted somehow become persuaded that their preferences are wrong and drop them. Maybe. But it is just as likely that they give up on a political system that disregards their deepest commitments and search for extra-legal or disruptive means to vindicate them.

Glen Weyl has uploaded a new version of his paper, Quadratic Voting (written with Steven Lalley), to SSRN, which now includes the completed proofs. Quadratic voting is the most important idea for law and public policy that has emerged from economics in (at least) the last ten years.

Quadratic voting is a procedure that a group of people can use to jointly choose a collective good for themselves. Each person can buy votes for or against a proposal by paying into a fund the square of the number of votes that he or she buys. The money is then returned to voters on a per capita basis. Weyl and Lalley prove that the collective decision rapidly approximates efficiency as the number of voters increases. By contrast, no extant voting procedure is efficient. Majority rule based on one-person-one-vote notoriously results in tyranny of the majority–a large number of people who care only a little about an outcome prevail over a minority that cares passionately, resulting in a reduction of aggregate welfare.

The applications to law and public policy are too numerous to count. In many areas of the law, we rely on highly imperfect voting systems (corporate governance, bankruptcy) that are inferior to quadratic voting. In other areas of the law, we require judges or bureaucrats to make valuations while knowing they are not in any position to do so (environmental regulation, eminent domain). Quadratic voting can be used to supply better valuations that aggregate private information of dispersed multitudes. But the most important setting is democracy itself. An incredibly complicated system of institutional self-checking (separation of powers, federalism) and judicially enforced constitutional rights try to correct for the defects of one-person-one-vote, but do so very badly. Can quadratic voting do better? Glen and I argue that it can.

Newcity interviewed Glen Weyl and me about quadratic voting. You can read the interview here, and the academic paper here. 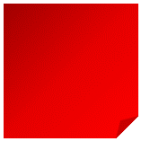