Russia’s UN ambassador, Vitaly Churkin, apparently cited a 1997 treaty between Russia and Ukraine as a source of authority for Russian troop movements in the Crimea:

We have an agreement with Ukraine on the presence of the Russian Black Sea fleet with a base in Sevastopol, and we are acting within the framework of that agreement.

The treaty, called Agreement Between the Russian Federation and Ukraine on the Status and Conditions of the Russian Federation Black Sea Fleet’s Stay on Ukrainian Territory, was extended in 2010. Through the heroic efforts of the University of Chicago law librarian, Lyonette Louis-Jacques, I have gotten my hands on an English translation of that treaty. (The Russian version is available on the web, and you can use Google translate on it if you dare.) 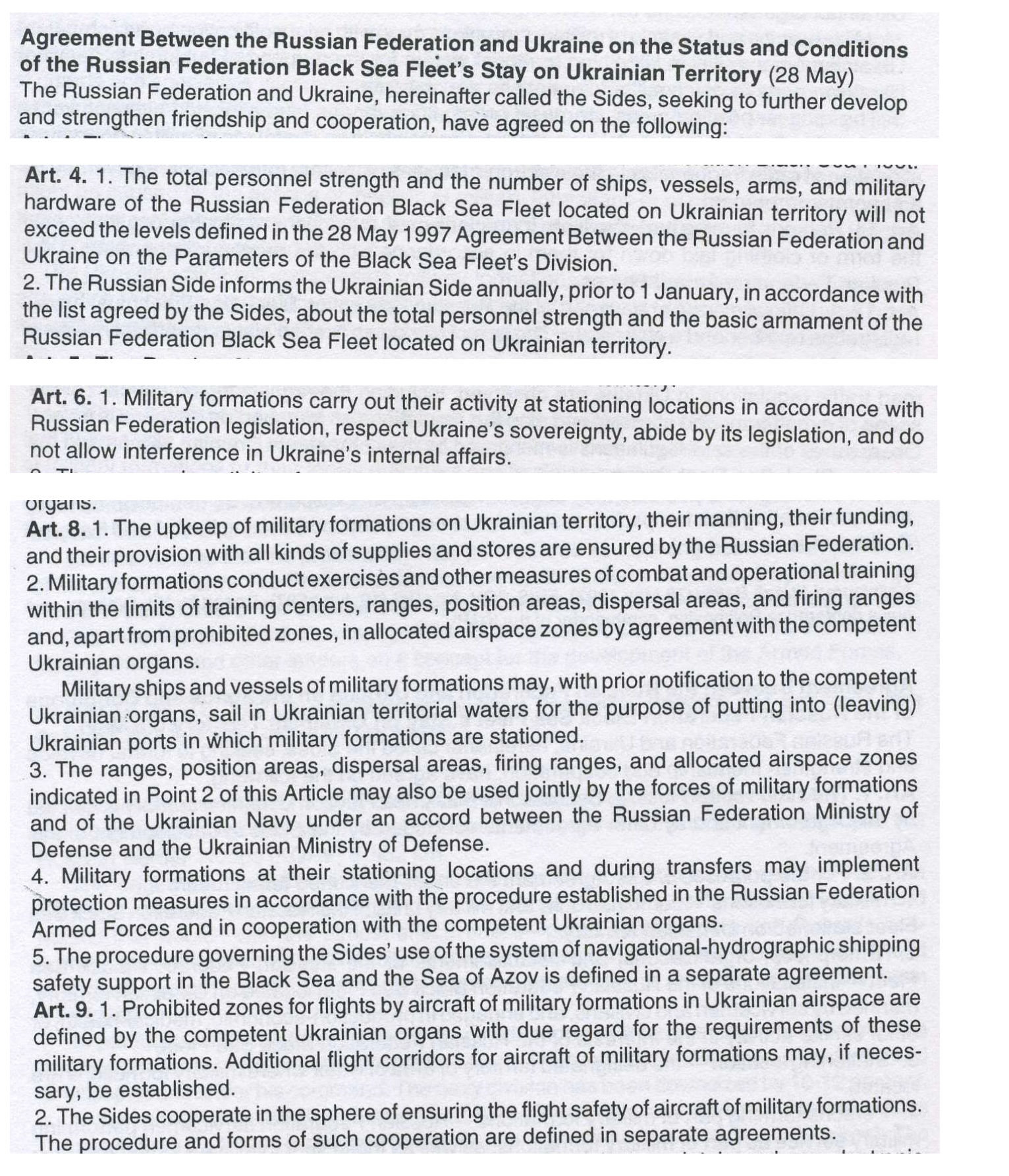