Are the number of women on a country’s Olympic team a good proxy for women’s rights in that country? Yesterday, Ryan Briggs–a political scientist at Virginia Tech–suggested the idea on Twitter and then decided to take a look at the data.

As Briggs’ above graph shows, the fraction of women on a country’s Olympic teams has clearly gone up over time. The relationship between women’s rights and Olympic participation, however, is less clear. 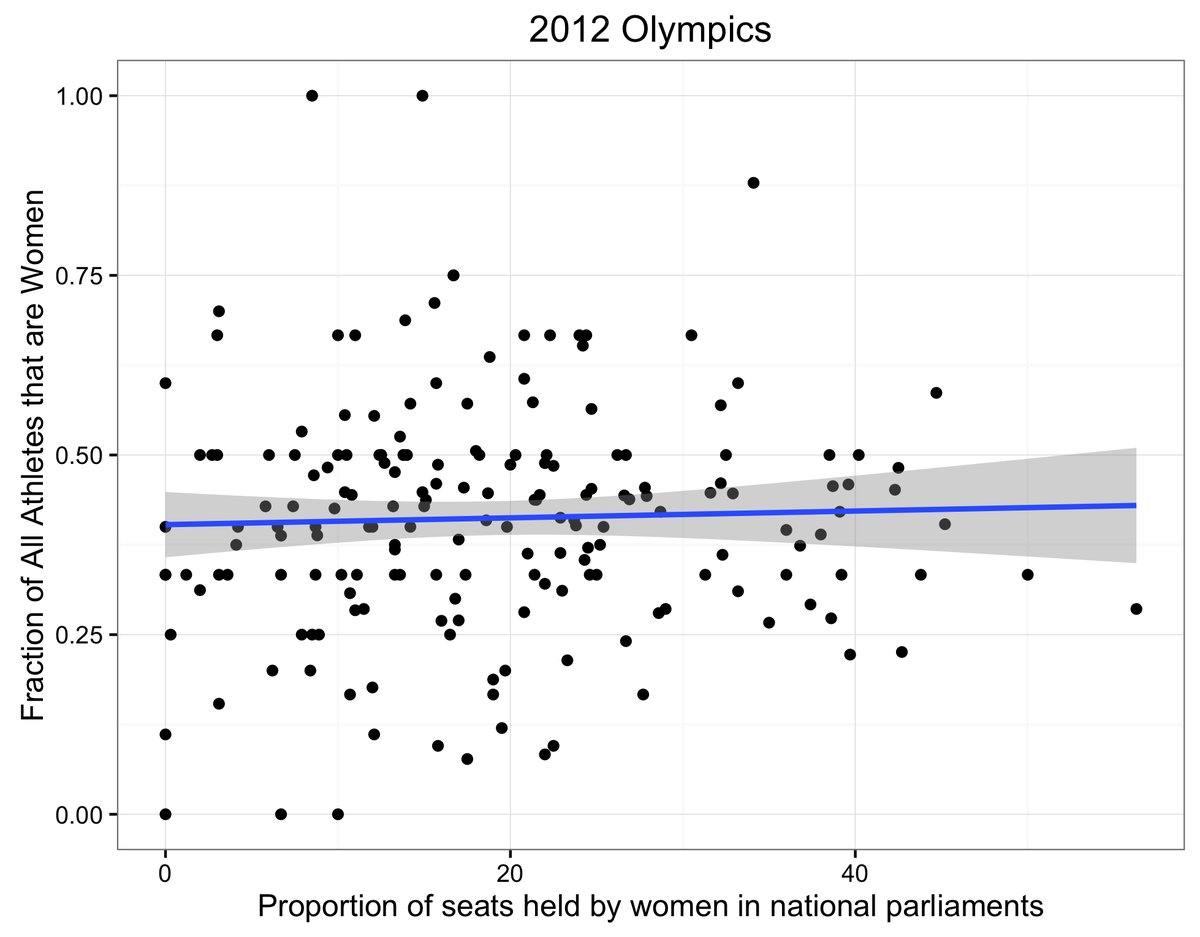 In the graph above, Briggs plotted the proportion of women in a county’s parliament against the fraction of women on the country’s Olympic team in 2012. Somewhat surprisingly, there is almost no correlation. To look into the data more, I decided to use some of Briggs’ code to scrape the data on Olympic participation and merge it with data from the Gender Equality Index (Eric and I have used this data previously to study the effectiveness of human rights treaties). 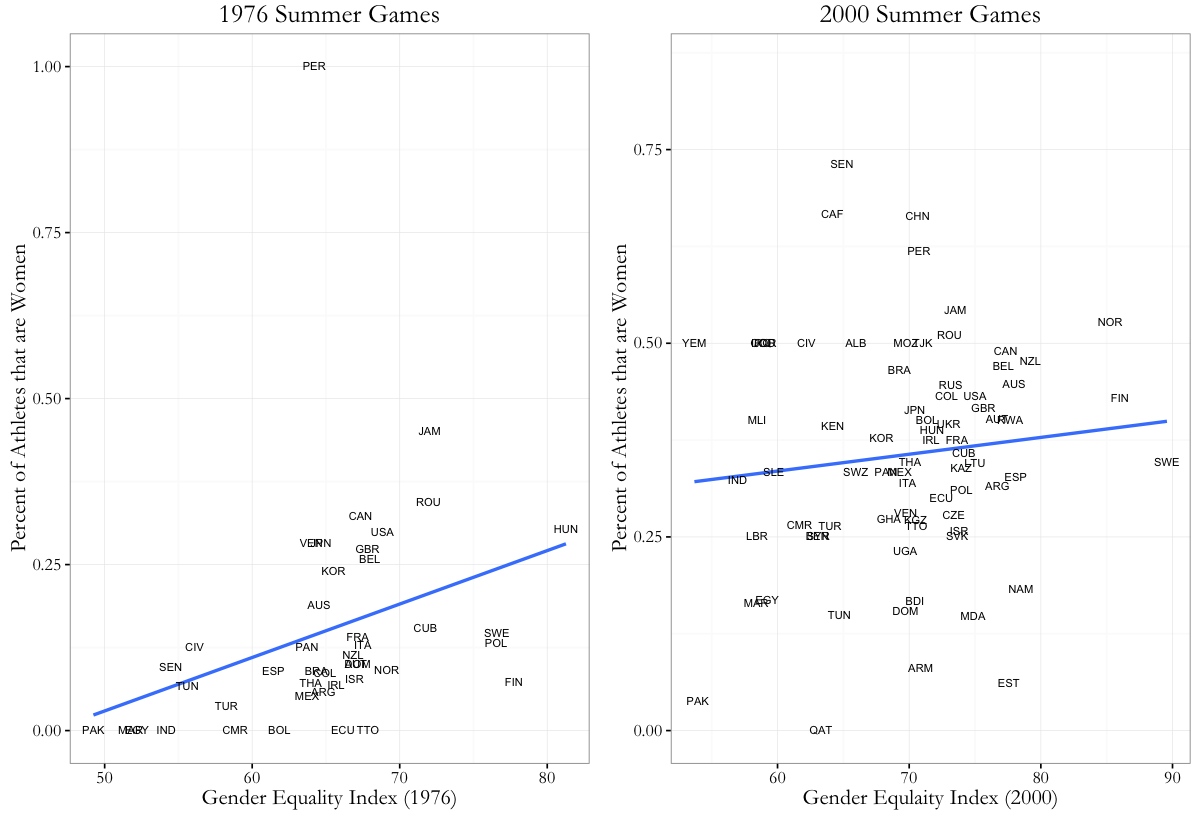 The above graph shows my results. To be clear, these are just exploratory scatter plots that do not control for other variables, and more carefully analysis would have to be done before reaching any definitive conclusions. That said, the data seems to suggests that there used to be a fairly strong correlation between higher scores on the Gender Equality Index and women’s participation, but that over time countries have sent more women to the Olympics faster than they’ve improved their human rights.

It’s an interesting question why countries with poor women’s rights records increasingly send as many women to the Olympics as countries with good records. If I had to speculate, I’d guess that these countries believe that the boost that Olympic medals provide to national pride is worth the costs of sending any athlete that qualifies to the Olympics regardless of gender.  But whatever the reason, hopefully women’s Olympic participation will increasingly create pressure for countries to invest more in their women in other ways too.