In Slate, I discuss a new paper by José Azar, Sahil Raina, and Martin Schmalz, which argues that the institutional investors that own banks in common do not want banks to compete over the interest rates they offer to, and fees they charge, depositors. The figure above (from their paper) shows that while bank competition looks fine under the traditional HHI index, their alternative measure–the GHHI, which takes account of common ownership–shows that concentration has increased over the last decade. Like their earlier paper on airline competition, this paper offers evidence of the monopolizing tendencies of capitalism, which offers a higher return to investors who are able to circumvent the incentives to compete.

A number of people have expressed skepticism about the mechanism. How exactly do institutional investors ensure that CEOs do not compete? There are many hypotheses. Their pay structure could reward them; subtle pressures can be brought to bear through communication; there are all kinds of interlocking relationships such as board memberships; and so on.

Below is the trend in bank fees (a similar trend exists for the threshold at which fees are charged). Correlation or causation? The paper uses an instrumental variable approach to claim causation. As always, showing causation is tricky. But more research is justified. 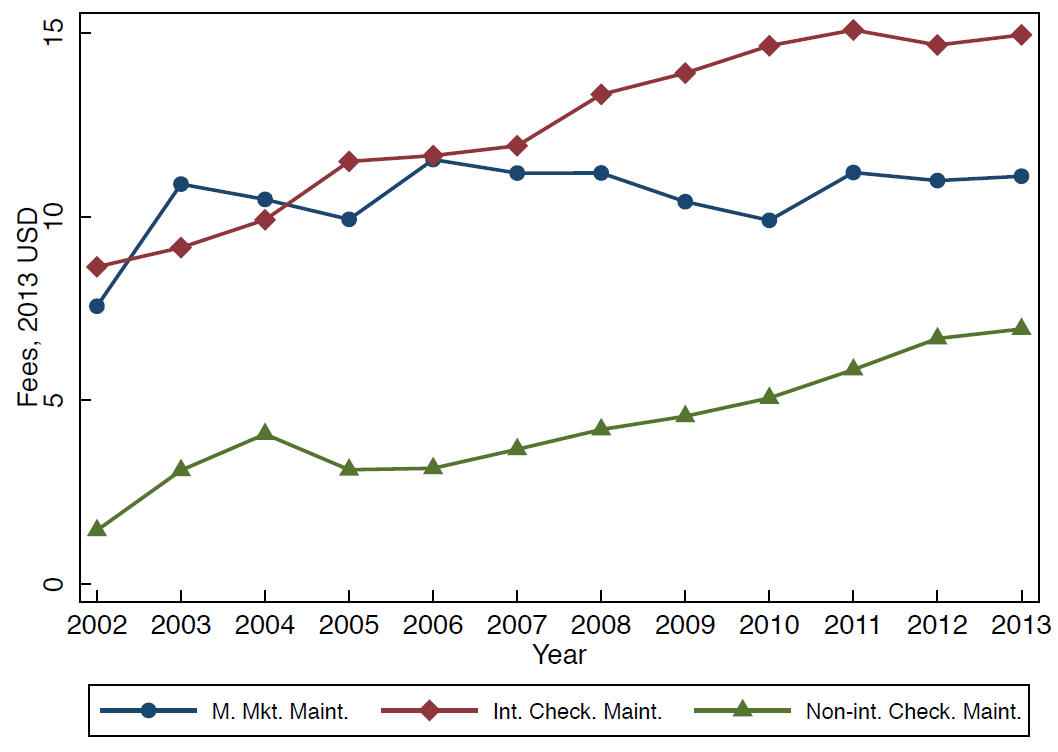