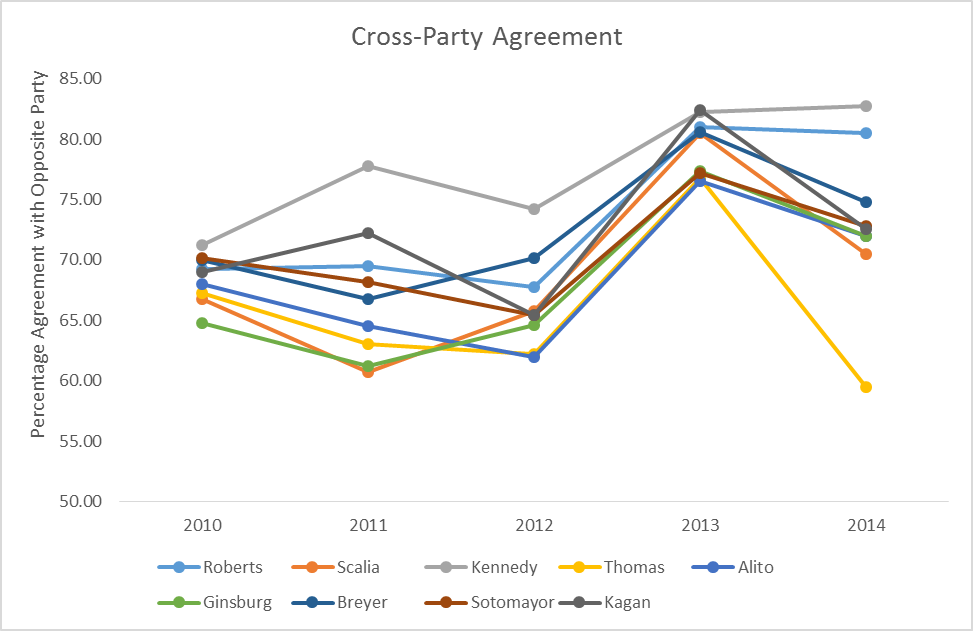 Here is another angle on the relationship between partisan identity and agreement on the supreme court. Three clusters appear. Kennedy and Roberts are most likely to vote with counter-partisans–in their case, the Democratic justices. Thomas (a cluster of one) is least likely to vote with counter-partisans. The remaining justices–the four Democrats, Scalia, and Alito–fall in the middle. As before the 2014 term seems to magnify trends that are perhaps (with the benefit of hindsight) partly discernible in earlier years. Data from Scotusblog.